Heart on the table

"I lay a heart on the dining table

Surrounded by the flutes and the silverware

Wondering what’s inside this vivid tenderness

So I gather a knife. And eat it alive.

I swallow that last bite

As if the heart never existed

It's just a heart

Han-Chiao's poetry is a broad game of balance. On the one hand, there is her archaic-inspired ceramic
production and, on the other, her photographic work with a mysterious grain. A global practice tells about its intimate universe between tradition and modernity in two scenes.

A creative of Taiwanese origin, Han-Chiao has everything of a multidisciplinary artist. She first interacted with clay during her photography studies at the Royal Institute of Technology in Melbourne. She then finds a connection years later, as evident, after moving to Paris and working as a photographer in the fashion industry. If working on the image allowed her to sharpen her eye and develop her pictorial touch, ceramics enabled her to reveal herself through an inner gaze. She deploys two practices in two stages and manages to tell her experimental universe with daring and precision.

"What I share through my creation is vulnerability, restlessness, lost roots, and being emotionally naked.
It's an introspective journey that I like to invite the viewers on." A story that she composes like therapy between roughness and delicacy. "Right now, I often look to the prehistoric age of ceramics, combined with the elegance of Chinese porcelain. I learned it was possible to be one and the other altogether, severe yet tender, happy with the share of sorrows. All at the same time."

It must be said that her creations bear witness to a form of duality. Starting from elementary forms, Han-Chiao has the art and the manner of bringing a touch of singularity to it: Siamese vases, carnivorous jars, sets of handles, drips of enamel...

Principles that offer a part of curiosity to her creations give them unique pieces with subtle flaws. "I enjoy working with silhouettes, tall and robust, well curved. Sometimes, I let days pass to understand how the play will end." An intuitive process that says a lot about the practice of ceramics: the time, gesture, and beauty of the apprehension between a craftsman
and her material.

Today, Han-Chiao dedicates her time to working on each unique piece in her Parisian atelier. 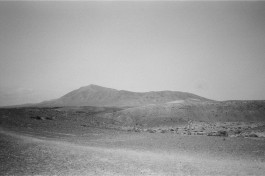 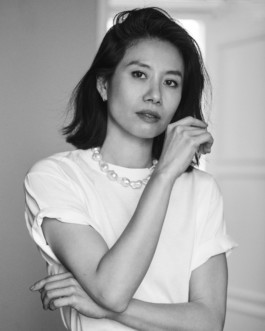